Brianna Oshea, Joey
Categories:
Sex,Cum Shot,Blowjob
Description:
This video was HOT from second 0:01. Right off the bat, we could see Brianna's perfect tits, as her boyfriend barged in on her in the bathroom. She tried to play shy and hide them, but this girl was a freak in disguise. Bree was headed out to a friend's house for a pool party, so she was already in a bikini. She asked her man to apply suntan lotion to her, and pretty soon, her booty was out and getting rubbed down with lotion. No doubt, Brianna was a hot girl, and she continued to flirt as she had him put lotion on her tits too. At one point, Brianna took over the camera and filmed her perfect shaved pussy for her man. Even though she made it seem like making a sextape was too much, it was Brianna that took her man by the hand to the next room, dropped his pants, and started sucking away on his cock. This sexy girlfriend gave amazing head, and she was just getting started. Brianna rode that cock hard and took that dick deep from all angles, as she worked her sexy body. That pussy was so good, Brianna had her man cumming buckets on her. And she'll do the same for you!
Release Date:
April 20, 2015 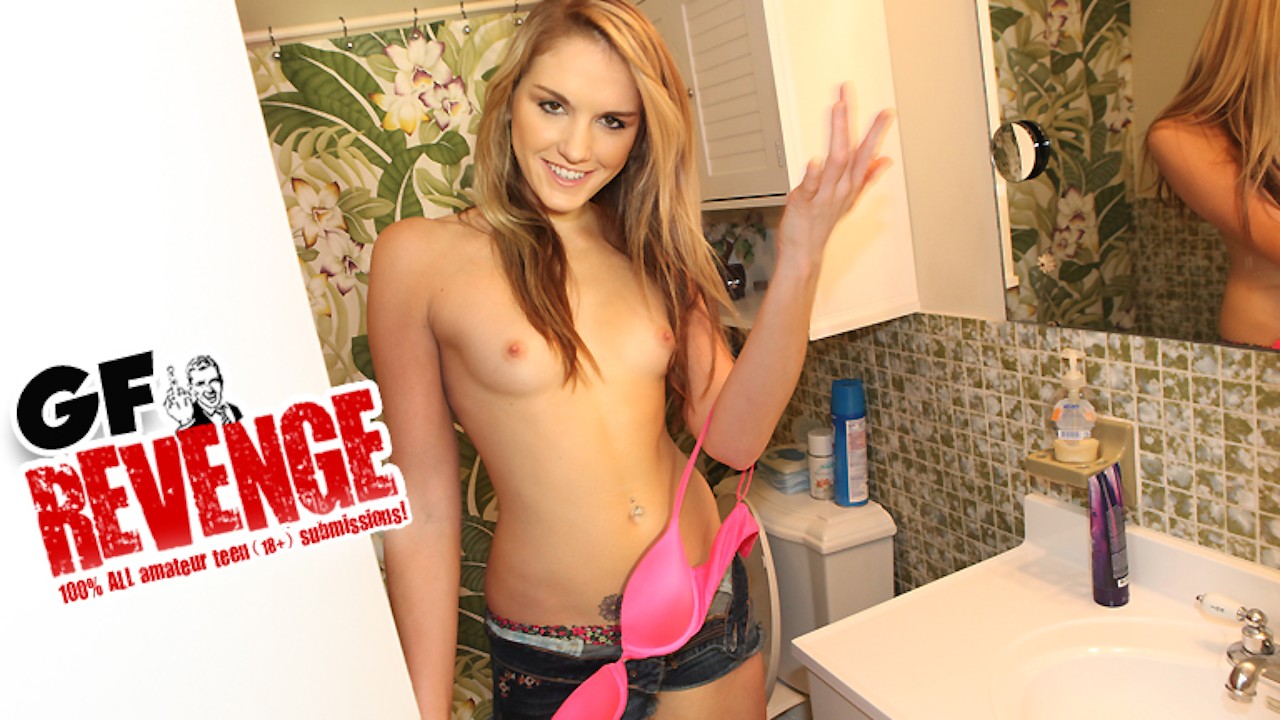