Chad White, Sophia Grace, Devyn Heart, Payton Lee
Categories:
Caucasian,Medium Ass,Woman (20-29),Piercing,Tattoo,Average Body,Brunette,Bald Pussy,Innie Pussy,Medium Skin,Small Tits,Natural Tits,Teen18+,Group Sex,Sex,Booty Shorts,Cum Shot,Facial,Blonde,Reality,Blowjob,Blowjob - Double,Pussy Licking,Living Room,Lesbian,Straight
Description:
This week we had triple trouble on GF Revenge with Devyn, Payton and Sofia. When the video started, we saw Sofia on the couch looking sexy as hell. Her man was filming her nice round booty with his new camera. And while Payton and Devyn got ready for a party, Sofia and her BF messed around on the couch. He filmed more of her ass and gave us a nice look at that HOT pussy. That got her horny and pretty soon she was rubbing on his cock through his pants. The couple then decided to go check up on Payton. She was in her underwear in the bathroom, and Sofia got touchy-feely and started squeezing her tits. The ladies began making out, and in no time, they were rubbing each others pussies and sucking each others tits. Then Sofia jumped all over her BF, whipped out his cock and started sucking his balls while Payton sucked his dick. This 2-girl BJ was insane. The girls were ready by then, so the three of them went up to the front room where Payton and Sofia took turns riding his cock. Right in the middle, Devyn came in and caught them. She complained for a second before seeing the invitation before her. Without thinking, Devyn jumped into the mix. This foursome was one of the hottest moments in GF Revenge history! Together these three ladies took turns sucking cock, riding dick and eating pussy. They all got to orgasm, and when it was finally Sofia's BF's turn, he pulled out and while the girls waited with their mouths open, he jizzed all over their faces.
Release Date:
June 22, 2015 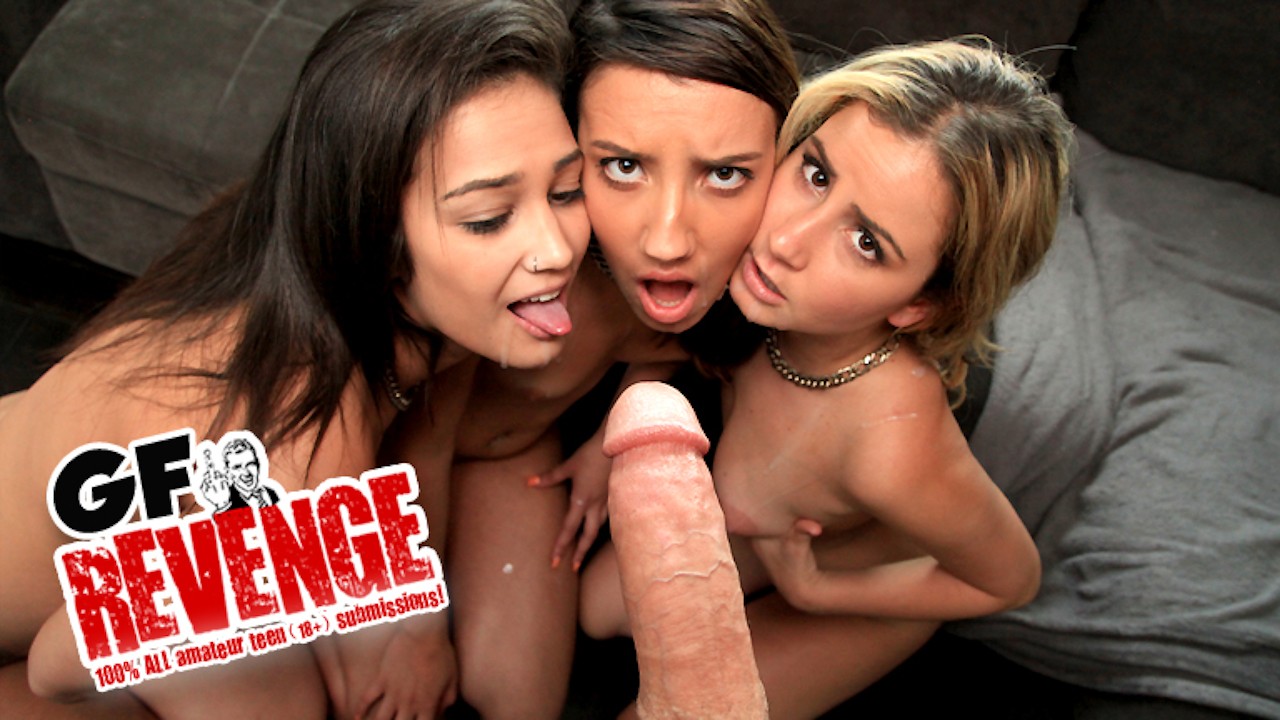