Tyler Steel, Mallory Madison, Saya Song, Ryan, Bella Jane
Categories:
Caucasian,Group Sex,Cum on Pussy,Cum on Tits,Teen18+,Woman (20-29),Piercing,Tattoo,Athletic,Petite,Skinny,Asian,Black Hair,Blonde,Brunette,Red Head,Feature,Blowjob - Double,Outdoors,Amateur,Lesbian,Straight,Bald Pussy,Trimmed Pussy,Cameltoe
Description:
There is nothing quite like the great outdoors! Well, except for pussy that is. And this GF Revenge video had plenty of both, we're happy to tell. When Saya and her HOT friends, Mallory and Bella went camping with their guys friends, they expected to be safe and sound. But the guys pulled all little prank on them in the woods that got them excited. Things got further heated up, as they toasted some marshmallows by the fire. The primal flames inspired them, so they started to pump music and dance seductively by the fire. Pretty soon, they were so hot, they started sweating and taking off their clothes. Tits and ass were in full view, and the girls were getting really horny. Saya became very flirty, and one of the guys told her to go for it, so she dropped to her knees and started sucking his cock. Pretty soon, the girls were taking turns sucking the guys off while they fingered each others pussies. Things escalated quickly, and we had an all out orgy on our hands. The group took the party into the tents and filmed the whole thing with night vision. The action was raw nature at its finest, and this group didn't even let up until all the girls had orgasmed, and all the guys had busted their nuts all over the ladies. If camping was always like this, who the hell would ever want to be indoors?
Release Date:
June 8, 2015 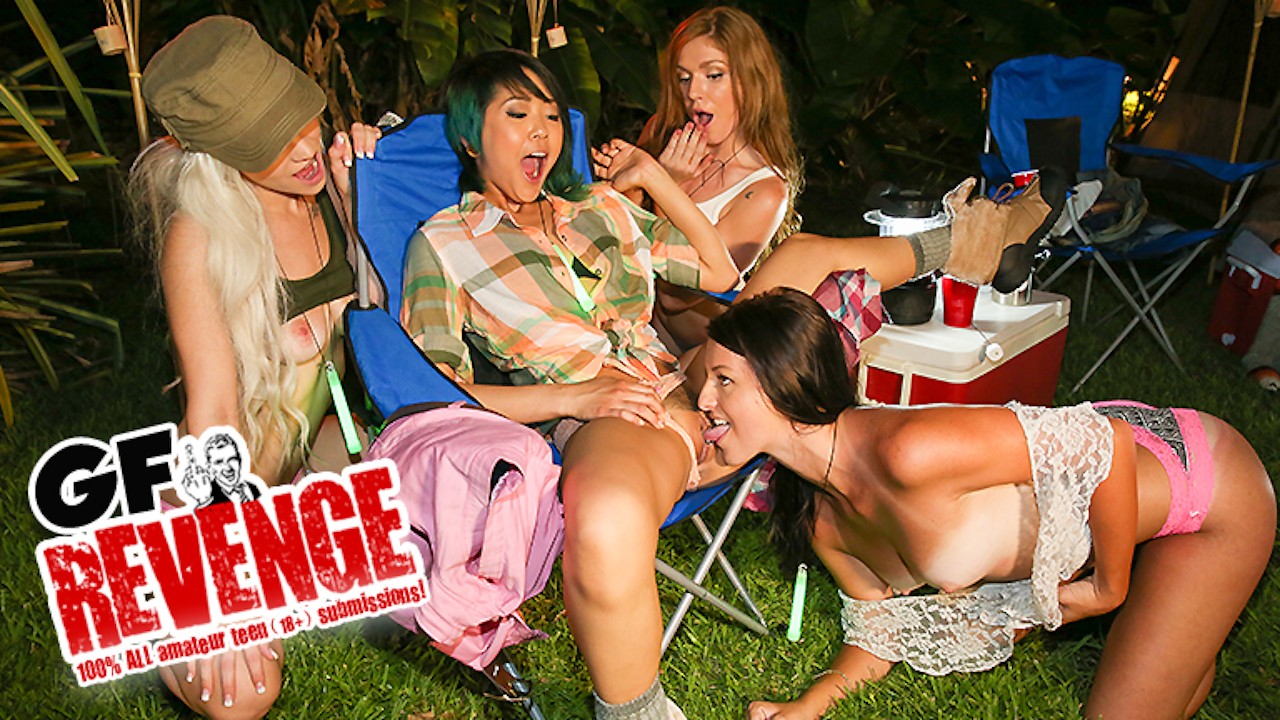