Reagan Foxx, Abella Danger, Kristen Scott
Categories:
Dress,Medium Ass,MILF,Piercing,Tattoo,Athletic,Caucasian,Black Hair,Mom,Sandals,Boyshorts,Bald Pussy,Innie Pussy,Big Tits,Enhanced,Booty Shorts,Jean Shorts,Bubble Butt,Woman (20-29),Blonde,Hairy Pussy,Small Tits,Natural Tits,Tank Top,Small Ass,Sex,Kissing,Squirt,Wet,Ass Licking,Face Sitting,Pussy Fingering,Pussy Licking,Car,Indoors,Outdoors,Lesbian,Scissoring
Description:
After a few years of trying to make a name for herself in the city, Mandy (Abella Danger) returns to the trailer park where she grew up. Upon her arrival, she reunites with her best friend Mel (Kristin Scott) and it’s clear the two have a very meaningful friendship, verging on more. When Daisy (Reagan Foxx), Mel’s religious, conservative mother, catches the girls fooling around, she freaks out and accuses Mandy of corrupting her innocent daughter. Daisy tells Mandy that if she so much as looks at Mel ever again, Daisy will make sure her daughter never gets the opportunity to leave the trailer park so long as she lives. Mandy decides to leave the park for the sake of her best friend’s future, but when she hitches a ride into town with Dale (Scott Nails), Mel’s absent, deadbeat father, she concocts a plan to spring her friend from their dead-end hometown for good.
Release Date:
November 8, 2019
SceneSeries InfoSeries TrailerBTS 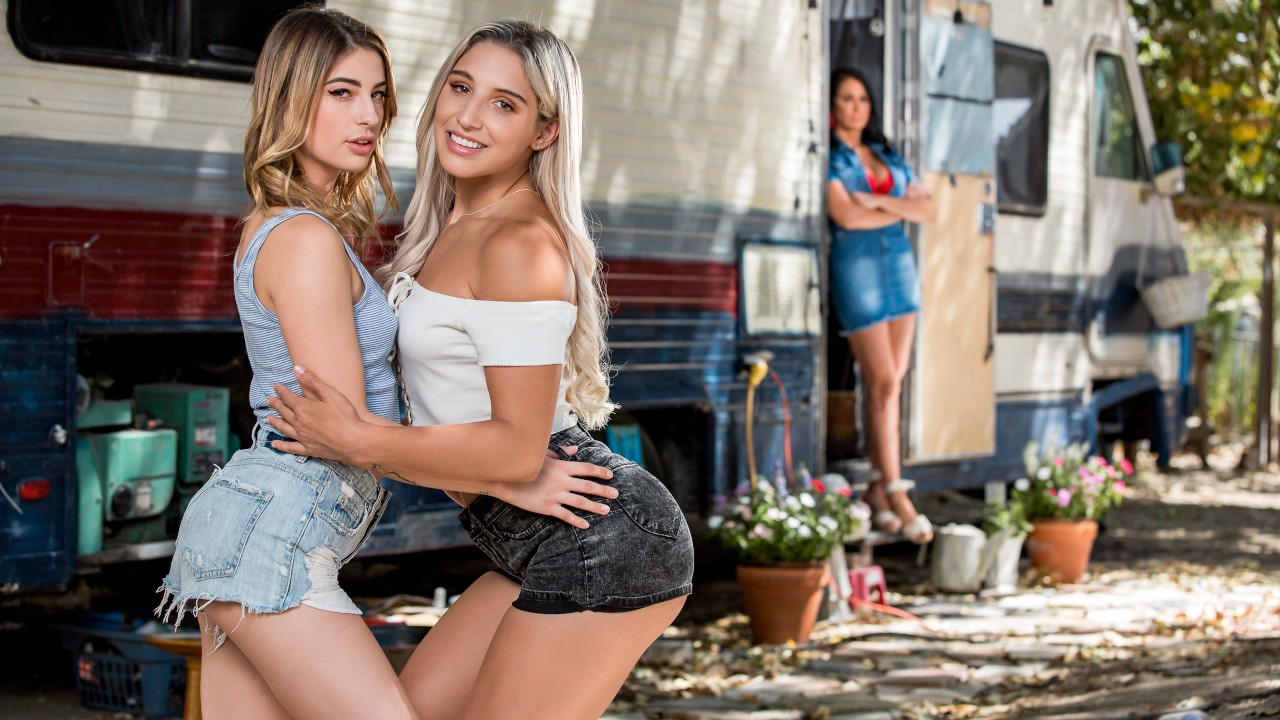 All models appearing on this website are 18 years or older. Click here for records required pursuant to 18 U.S.C. 2257 Record Keeping Requirements Compliance Statement. By entering this site you swear that you are of legal age in your area to view adult material and that you wish to view such material.